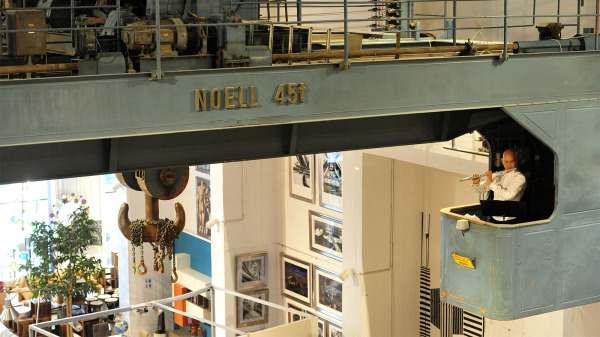 From decommissioned to dazzling

An empty power station sat dormant in the heart of Munich’s Obersendling-Thalkirchen district. Built in 1962, and decommissioned in 1999, the building had faded out of the city’s collective memory and faced demolition. Yet the old power plant was about to be given new breath, and a future full of colour and excitement at the hands of a forward thinking owner who had a vision for the former plant: to reimagine the space as a test-bed for furnishing the future.

Architectural firm Stenger2 Architekten und Partner, led by principal Markus Stenger, was tasked with a Herculean challenge rooted in a puzzling question: how do you create value out of a building that a community has either written off, or worse, forgotten entirely?